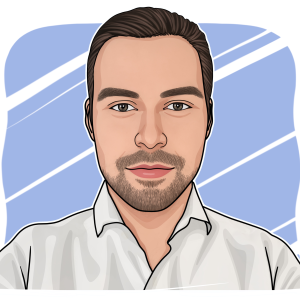 How to become an LNG trader and is it a suitable career for the future?

This article is intended to give you a brief overview of the topic of liquefied natural gas (LNG). We will explain what LNG is, how to become a LNG trader and will discuss if pursuing a career in this field might be worthwhile or not.

What is liquefied natural gas? An overview.

Liquefied natural gas – or LNG as we will call it on this post – is a natural gas that has been cooled down (at -160 °C / -256° Fahrenheit) and transformed to liquid for ease and safety of non-pressurized storage or transport.

It takes up about 1/600th the volume of natural gas in the gaseous state. This allows for both safer and less expensive transportation and storage.

It is non-toxic and non-corrosive. It is also the cleanest and most carbon-poor of all fossil fuels. Stored under the right conditions, it is not able to explode or even to burn.

LNG weighs 50% less than diesel fuel which represents a great advantage. We will talk about it later on.

LNG as an energy source

As an energy source, LNG is an alternative to oil or coal.

The latter being much more environmentally harmful, we can suppose that gas will be the strongest-growing fossil fuel and its demand may increase by 0,9% p.a. from 2020 to 2035. LNG is the only fossil fuel expected to grow beyond 2030, peaking in 2037.

In the case of energy-intensive processes, such as the drying of food supplies or the production of glass, factories benefit from LNG due to its high energy value and the independence from the grid. The areas of application are extremely diverse, which we will see later on. 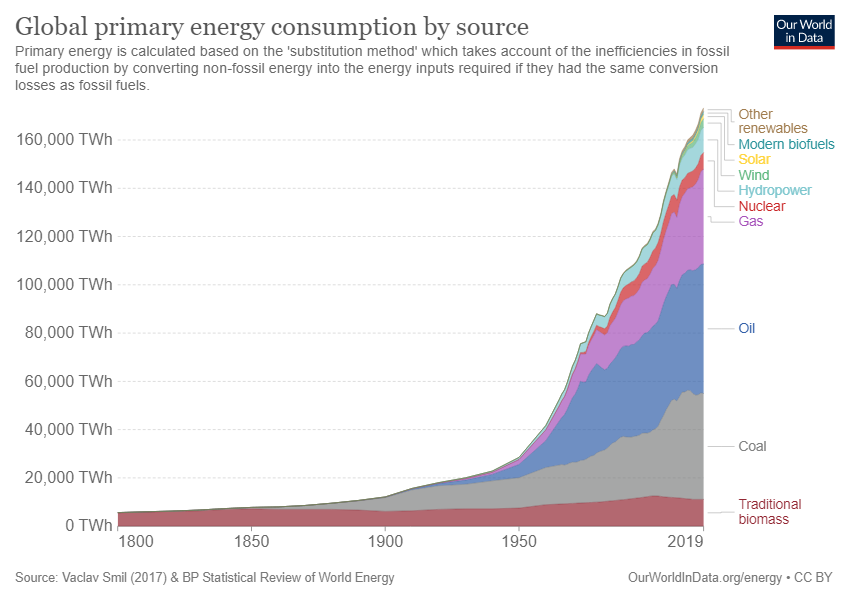 Leading countries by proven natural gas reserves worldwide in 2010 and 2020:

The application examples for LNG are multifaceted but the main thing to remember is that LNG can be used wherever conventional energy sources such as oil are already being used.

LNG can be used as a fuel for heat generation, in the industrial segment or as propulsion energy for heavy-duty transport. Air pollution control is also becoming increasingly important in shipping, and alternatives to heavy oil firing are being sought.

Diesel can also be replaced by LNG in the use of fuel for trucks and ships. In other words, LNG is an excellent substitute for conventional fuels for the transport sector: it contributes to environmental sustainability, considerably reducing CO2 emissions as well as reducing fuel costs.

The global market for natural gas vehicles is small but growing, expanding at an annual growth rate of 15% with China now becoming the world’s largest LNG importer.

Gas is a growing energy at the core of the energy transition. 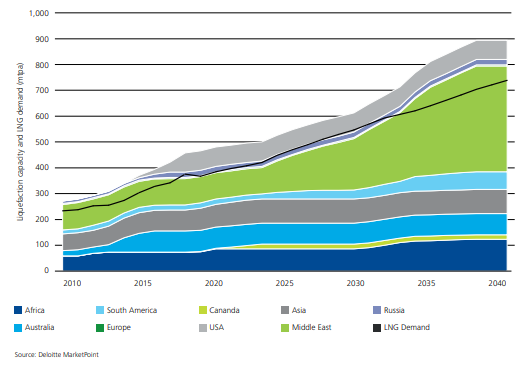 US is set to become the world’s biggest exporter in 2022. You will find hereafter an overview of the top four exporting LNG countries from 2015 to 2025.

LNG supply outages broke new records in 2021, and project delays could be especially severe in 2024.

– Current geopolitical drivers such as the Russia-Ukraine conflict. LNG could be an alternative to Russian gas reducing the dependence in the future.

– Stronger increases in oil prices, meaning that the switch from oil to gas could be accelerated.

– Regional drivers as we saw in Japan at the time of the Fukushima disaster in early 2011. Here’s a look at Japan’s LNG import development during that time:

– New end users: LNG is traditionally consumed for utility-scale power generation but it could also be an alternative transport fuel for shipping, trains, or trucks as well a power source for remote small-scale grids. It could then provide a long tail of potential demand growth.

– Discovery of new gas fields could reduce the price of gas.

– Countries that have so far made little or no investments in this area are entering the market. South Korea as an example:
South Korea has little LNG technology – a single LNG-powered bulk carrier – but in May 2018, the government’s Ministry of Maritime Affairs began the process of rectifying that. Under the catalyzing influence of the IMO’s Sulfur cap, the South Koreans have committed to pre-emptively developing “LNG bunkering core technology” in an effort to take a leading role in the global shift to LNG fuel. This initiative will be completed by 2022, with investments to the value of $2.9 million in the first year alone!

– LNG as a fuel. You can see hereafter that environmental drivers are strong incentives (energy efficiency design index – EEDI- targets set by the IMO) 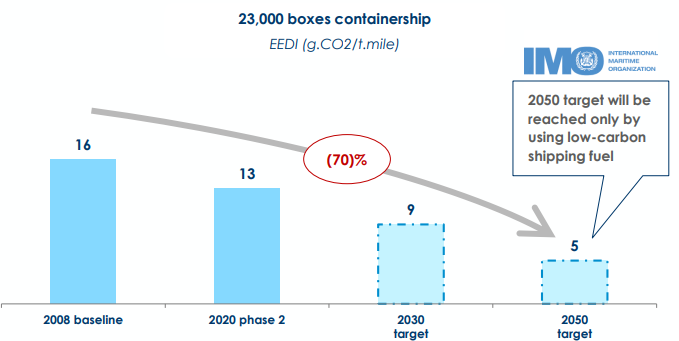 Market opening, security of supply and decarbonization policies are the major drivers. 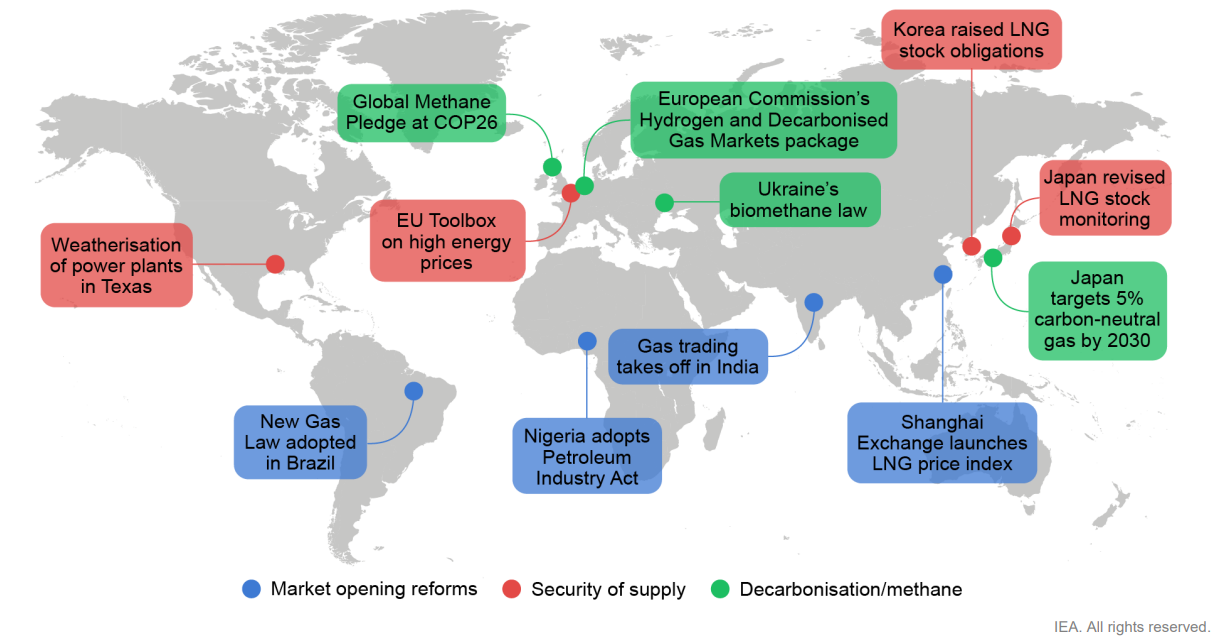 Some examples of major gas market reforms undertaken in 2021.

– Restart of e.g., Japan’s nuclear reactors (21 are up for debate) 🡪 lower demand as expected, accompanied by a general downsizing of investments.

– Lack of infrastructure which slows down the overall development.

– LNG as such is still a fossil fuel and therefore efforts are being made to find a fully sustainable and renewable resource for it in the long term.

– High soaring gas prices which will result in fuel switching and demand destruction.

– Environmentally harmful extraction methods: fracking especially in the US (up to 70% of total natural gas production in the US).

– Currently, LNG trucks use a gasoline engine whose efficiency is significantly lower than a diesel engine.

– Leakage during extraction, processing, and transport, as well as downstream emissions from combustion and unburned methane.

LNG in the shipping industry

Usage of natural gas in shipping is currently still very low but LNG could be an interesting alternative. Retrofits are often cost-intensive. Furthermore, ports’ regulations are becoming more and more tight which is a problem.
The EU, US government, and International Maritime Organization are just three out of many groups that have introduced regulations to limit shipping emissions.
There are already some LNG fueled ships:

As of 2020, there were 175 liquified natural gas-propelled (LNG) vessels in operation worldwide. Another 125 were LNG-ready and 55 ships were ordered. The global demand for LNG-propelled vessels is expected to grow considerably in the coming years, as a response to the increasing pressure on the shipping industry to reduce its emissions.

There are several environmental advantages due to LNG

The German government e.g., has formulated the goal of coming climate-neutral by 2050, also in the maritime sector.
The shipping industry is just one of the sectors with a great potential for savings; e.g., cruise ship emits as many pollutants on a single voyage as five million cars on a comparable route and a middle-large containership consumes about 300 tons of heavy oil each day.
Needless to say that that there is a good opportunity for LNG…

Nevertheless, LNG also generates emissions. Here is an overview of the distribution of liquefied natural gas (LNG) cargo emissions in 2021, by segment: 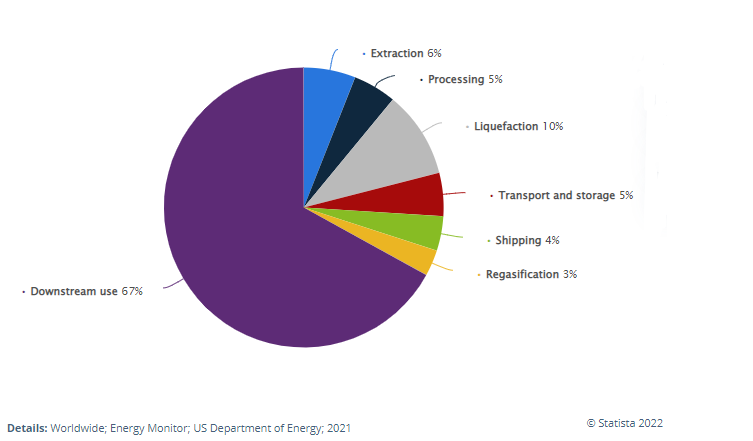 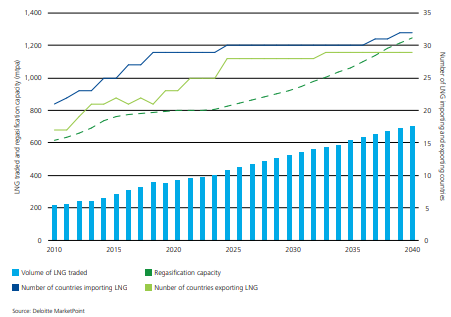 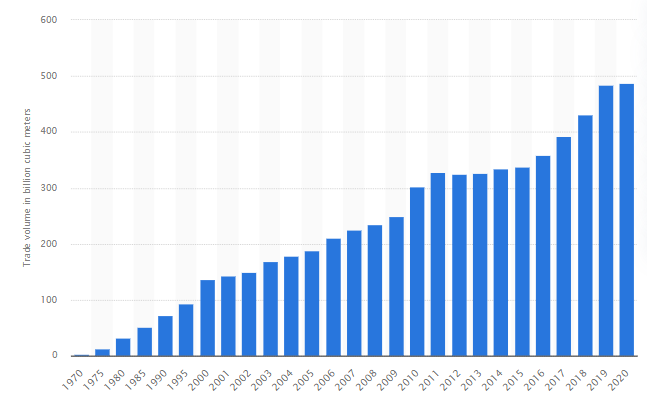 2020 was an unprecedented year for gas and LNG markets due to Corona Virus. Gas demand declined by 3%, whereas LNG was more resilient and managed to grow 2%.

From 2035 to 2050, gas demand will decline by 0.4 percent. This relatively moderate decline is due to hard-to-replace gas use in the chemical and industrial sectors, which limits the impact of an accelerating decline in gas used for power.

Meanwhile, LNG is set for stronger growth as domestic supply in key gas markets will not keep up with demand growth. 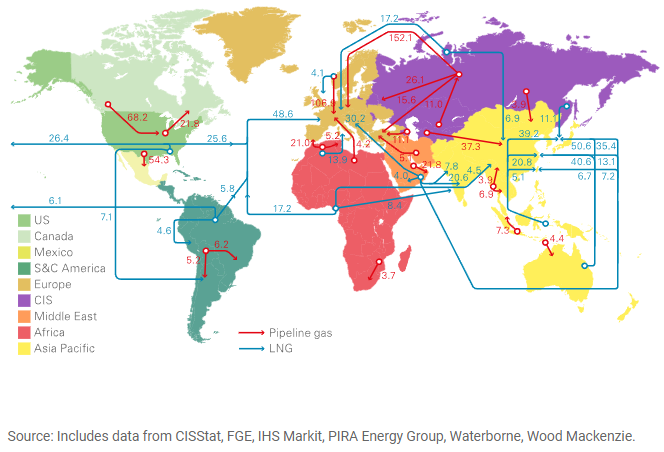 This is mostly done by countries with access to alternative pipeline supply, taking advantage of volatile arbitrage windows through LNG trades between deposits as well as specific logistic factors within certain markets.

Here an overview of the leading liquefied natural gas re-exporting reloading countries in Europe in 2019 and 2020 (in 1,000 tons), with France accounted for roughly 18% of all LNG re-exports worldwide: 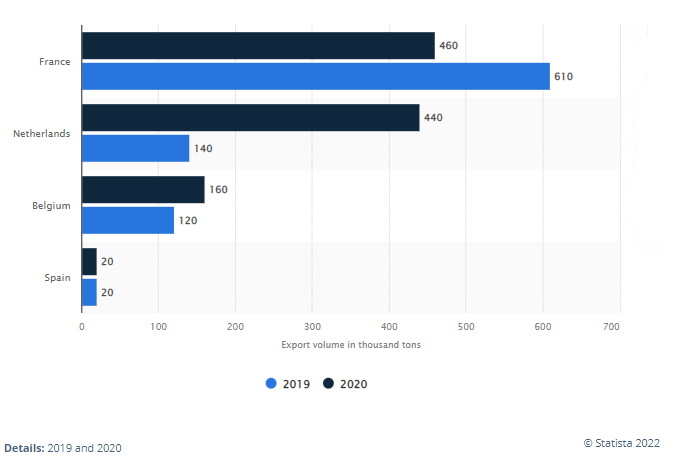 How to become an LNG trader?

To end up on a LNG trading desk, you will need a few years on the operation side in a big trading or producing company.

The best way to kickstart your career is by completing our flagship course: Shipping and Commodity Operation Certificate. Click here for more info.

Some of the prominent player in the LNG market include:

There are plenty of companies which offer interesting career opportunities in this area and have been investing more in the gas market and LNG over the last few years. This will of course also be accompanied in the long term by an increasing need for top talents!

Is LNG trader a sustainable career for the future?

LNG is the cleanest fossil fuel and in the context of the current energy transition it represents an excellent alternative to reduce greenhouse gas emissions and help combat global warming.

The sharp increase in regulations and restrictions in various industries is forcing many companies and countries to change their energy mix and move away from coal. Until renewable energies fill this capacity, natural gas and the associated LNG is one of the most interesting and promising commodities worldwide. This naturally also offers opportunities for traders and those who want to become one.

Additionally, the career as a trader in the field of LNG offers the possibility to work in the fields of ammonia, hydrogen or other liquid fuels at a later stage as the required skills are quite similar.

In March 2015, Goldman Sachs marked the importance of LNG as a commodity for the future. LNG could exceed $120 billion according to their statements, which makes LNG the second most valuable commodity in the world, second after oil.

If LNG is so attracive it is due to the current technological developments and optimizations, cheaper and more efficient transports, further tightening of laws and requirements, and the expansion of Bio-LNG and power-to-gas. Also, let’s not forget the possibility to make this energy source more sustainable as well as “greener” and relevant in the long term. 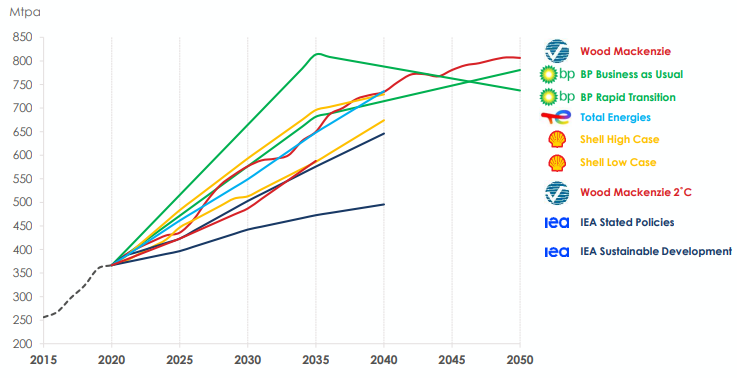 There is currently a global shift in thinking about the environment and the impact of polluting raw materials. Tougher regulations and the achievement of committed environmental targets could pave the way for LNG to become a green energy.

Changes have already arrived in many countries, or to use the words of the famous physicist Albert Einstein: “The measure of intelligence is the ability to change” and I would add to that the willingness to learn new things is also key. So if you are willing to take this opportunity by the balls, then act now and click the link below: