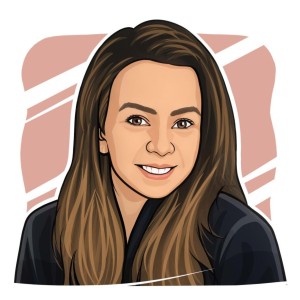 Following our last blog post, we wanted to share some of our views regarding hydrogen and a possible outlook for 2022.

Driven by the climate urgency and countries’ commitments to net zero, IRENA estimates hydrogen to cover up to 12 percent of global energy use by 2050. Growing trade and targeted investments in a market dominated by fossil fuels and currently valued at USD 174 billion is likely to boost economic competitiveness and influence the foreign policy landscape with bilateral deals diverging significantly from the hydrocarbon relationships of the 20th century.

1. Electrolyzer sales will quadruple, with China being the largest market

Electrolyzer manufacturers delivered 458 megawatts in 2021, and BNEF expects shipments to at least quadruple in 2022, to between 1.8-2.5 gigawatts; thereof, China will account for 62-66% of total demand, driven by state-owned enterprises keen to show compliance with national decarbonization goals. 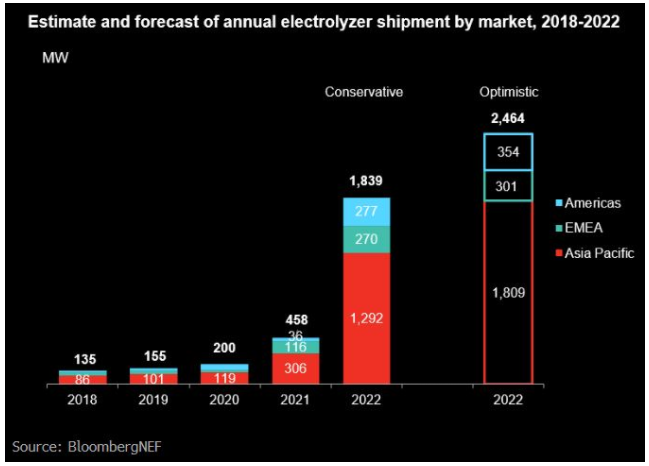 2. The U.S. will see many hydrogen project announcements, but action will lag

The U.S. is expected to be the second largest electrolyzer market this year, behind China. U.S. developers will rush to announce projects in 2022, as the government readies a multi-billion-dollar investment in hydrogen as part of the Infrastructure Investment and Jobs Act. But with actual funding spread over the next five years, construction is likely to lag.

3. New subsidies will spur a boom in the European hydrogen market

European developers have been waiting for policy support and regulations before moving forward with their plans. Announced projects will finally start construction in 2022, as a wave of European Union funding is released and national subsidy programs begin.

4. A flurry of hydrogen companies will go public in 2022

Taking advantage of heightened investor interest, at least four hydrogen companies intend to go public in 2022. These include Italian electrolysis equipment manufacturer Industrie De Nora SpA, which is eyeing an IPO on the Milan Stock Exchange, and hydrogen-based synthetic fuel maker eCombustible Energy LLC, which aims to go public via a merger with a SPAC in the U.S.

5. Hydrogen strategies will be adopted by 22 countries in 2022

The number of countries with a hydrogen strategy doubled in 2021, from 13 to 26. This year, 22 more could follow. While not all roadmaps are equal, the strategies from the U.S., Brazil, India and China could redraw the world’s hydrogen map once released.

Heavy industry is likely to be a dominant end-use for hydrogen as the world strives for net zero by 2050. Five sectors — steel, ammonia, methanol, chemicals and oil refining — will use more clean hydrogen in 2022 than all the world’s 51,000 hydrogen cars combined.

Ammonia will help companies transport large volumes of green molecules across borders well before hydrogen pipelines become viable. The supply chain for shipping ammonia is already established and this can be easily leveraged for hydrogen exports. BNEF expects more green ammonia project announcements in 2022 as firms take advantage of this relative maturity.

Ammonia – what does ammonia have to do with hydrogen?

Today, ammonia (NH3) is mainly used as a fertilizer. Due to its high hydrogen content, ammonia is suitable as a fuel and energy carrier. Liquid ammonia has an energy density 1.5 times higher than liquid hydrogen and is therefore easier to store and transport.

How to produce ammonia: The nitrogen is obtained via air liquefaction and the hydrogen via steam reforming of natural gas or coal. At the cathode, nitrogen molecules are split into N atoms by means of a catalyst, which can then react with the protons and electrons to form NH3.

As the price of electrolyzers rapidly declines, green hydrogen from renewables will be cheaper to make than blue hydrogen — produced from natural gas with carbon capture and storage — across the world by 2030. Blue hydrogen project developers will increasingly need subsidies to stay viable. 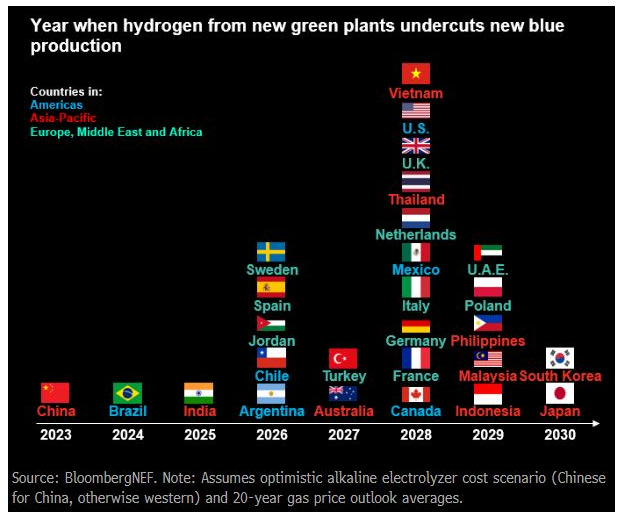 10. Alkaline electrolyzers will increase their market share over other technologies

The two most established technologies to make green hydrogen are alkaline and proton exchange membrane (PEM) electrolysis. BNEF expects alkaline products to hold an even greater share of the global electrolyzer market in 2022 than it did in 2020-21, accounting for 75-78% of shipments. This is because alkaline electrolysis is cheaper and better suited to large-scale projects, more of which are set to start construction in 2022.