How to start a commodity trading company as a side hustle

When I was 24, I launched my very first commodity trading company on the side of my day
job. As a former commodity trader, I really wanted to share my experience.

I won’t share any magic recipe on how to make millions with your side hustle. Instead, I wanted to shed some light on 5 mistakes you must avoid while setting up your own commodity trading company.

But first, a little bit of context…

I was born and raised in Switzerland, the largest commodity hub. At the time I decided to start my commodity trading company, I was a couple of years into my full-time job in a commodity trading house. I was slowly transitioning from an operator role to a trading role. I was starting to find suppliers, finding customers, and closing deals. I was working extremely hard but I loved every second of it. I adored it so much but something was off.

I hated asking for time off. It could be something as little as 2 hours for an appointment at the dentist or a week off to explore a new country with my girlfriend. I was always waiting until the very last minute to ask for my time off. Asking for time off made me feel small. I’m a grown-up: why would I need anyone’s permission to do whatever I want with my time if on the other side I overdeliver in my job? My only answer to that feeling was that I needed to start my own company. And I did it. But like a moron.

Mistake #1: not sticking to what you know

At my day job, I worked with Africa on commodities such as sugar, meat powder, edible oil, and cocoa products. I thought that I can start a company on the side that was different from what I did at the time.

I should have stuck in a field that I knew and in an industry where I had all the contacts.

Regarding my boss, I should have been honest to her: Listen, I’m working 10 hours a day at your company. Please, let me work a couple of hours on mine. If there’s a deal or some money to be made, we can find an agreement. I’m sure that at the time she would have accepted.

Instead of sticking to commodities and regions that I knew, I spent weeks looking for the perfect commodity-like products that were at the intersection of the four diagrams: no link with Africa, no foodstuff, in containers, and not traded on our future exchange.

I still remember all the research I did on all those weird niche markets: cotton husk pellet, haystack, peat moss, pet flakes, and processed animal waste. After months and hours and hours of researching on the web looking for the perfect product I hit a wall and was like: what am I doing here? Am I really thinking that I’m going to find a true gem?

Then, I switched gears. Instead of looking for a commodity and then trying to find clients, I tried to find a client and then looked for the commodity that they want. This small idea unlocked everything!

At the time, my wife’s cousin Adriano and I had a small business importing gloves for construction workers in Brazil from China. We had a Chinese partner, Bruce, in China that was conducting all the due diligence, looking for the right factories and sourcing the product.

I was like: China needs a lot of raw material. Let’s call him and see if there’s anything we can do. I called him and we immediately hit off. He was like: sure, I can try to sell raw materials to the factories we source from. It makes a lot of sense.

In 2 weeks, he found our first customer. Bruce was only 20 years old. How did he convince someone that we could sell something? It’s beyond me. The Chinese factory needed 2 different products for its garbage bag production: LDPE and HDPE. It stands for low-density polyethylene and high-density polyethylene, two types of plastics widely used for everyday things. 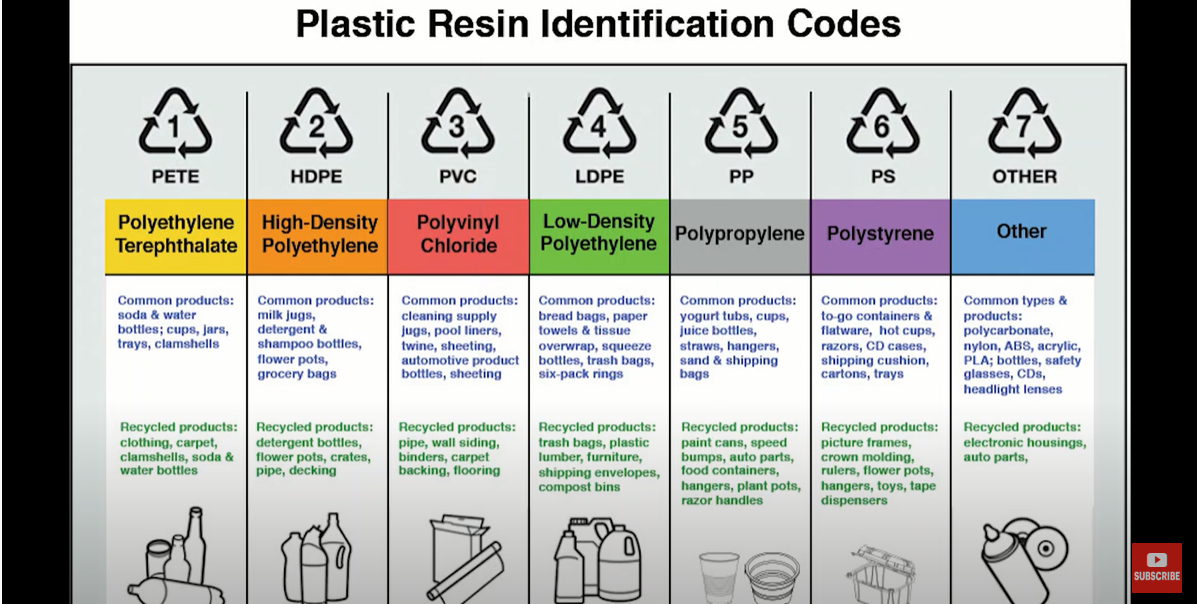 This story happened between 2013 and 2014 when the crude oil price was above 100 USD. Getting plastic was really expensive compared to recycled plastic. So Bruce checked the price of LDPE and HDPE in mainland China and I checked the prices overseas. We found quite unhealthy price differences; there was maybe something to do there.

After hundreds of emails and phone calls, I finally found 2 suppliers that were willing to ship their products to China. One was in the UK and the other one was in Thailand. All the other suppliers told me that they didn’t ship to China or they were already in an agreement with someone there.

Surprisingly, with the UK supplier, we would have made a 25% gross margin. With the Thai supplier, the gross margin represented 15%. . With those gross margins, I was so excited that I couldn’t see the biggest red flag of all: if you do a 20% gross margin on back-to-back deals buying FOB, selling CFO with commodity-like products in a market that you don’t know, something is up because those margins are not possible.

It was too stupid not to enquire because anyone with a little bit of experience would have told me that I was dreaming.

The financial plan was very simple. The Chinese client had to pay a 30% prepayment. I had to bare 100% against the good documents from the UK supplier. I had to find 15K to fund the goods for 2 months. Between my different credit cards, I was able to fund it.

However, I had another problem. In Switzerland, you need 20k to set up a limited company and I had no money. I had to find someone to lend me that 20k so I could set up the company. Instead of finding a partner to come up with the capital and fund the operation, I took all the liability in my name. Each time I got broke, it sent me back years in my financial journey.

I got a lot of experience because of these but sometimes you wish you were less experienced with a bigger bank account balance. So share your risk. There are a lot of people with a lot of capital who can fund your endeavor. It makes no sense to take all the risks in your name.

I had 2 suppliers and I have to do some kind of due diligence on them because I was not going to spend a lot of money without checking them out.

I started with the UK supplier. I took a plane ticket from Geneva to London but as soon as I announced to the UK supplier that I was coming to visit his recycling yard, he became worried. He was trying to find a reason for me not to come. That was weird!

On the other side, the Chinese customer was getting impatient. We were under a lot of stress and pressure. I couldn’t postpone my visit to the recycling yard. I had to see it with my own yes. So I arrived in Gatwick and waited for the supplier to pick me up because the recycling yard was a two-hour ride from the airport. Nobody showed up.

I knew where the recycling yard was. I took the taxi and went there but it was quite complicated because this taxi trip was quite expensive. In the taxi, I was making a lot of plans in my head. What I’m going to say? I didn’t know what to do. At the end of the day, I needed the plastics.

Finally, I saw the yard after 2 hours in this taxi. I started to panic and my adrenaline was high. I was sweating like a pig. When we arrived, the yard was closed. No one was there. I had to find a little hotel in the village nearby to spend the night and went back in the morning to discover that I was getting scammed. The guy that I spoke with for a month was not a part of the company.

I wanted to cry. I’m in the middle of the English countryside trying to find a scammer. I was like: what am I doing with my life? I wasted a lot of money on this trip. It was bad. I had to call Bruce to explain the situation. I went back to Switzerland and worked to put myself back together.

Then, I had another problem. I had to find some way to conduct due diligence on the Thai supplier. I was running out of money and I couldn’t pay for another ticket to go to Thailand. Additionally, I was running out of days off of my work. At that moment, I remembered one of my very good friends had a small team of Thai employees in Bangkok and begged him to send one of his employees to the recycling yard to take a lot of pictures of at least 50 shots. So I could tell myself I did some kind of due diligence. I was a bit desperate. That idea seemed fine at the time.

I contacted the Thai supplier and I said that I was to send someone to his recycling yard to take pictures and ask a bunch of questions. He agreed. However, he also said that it was a shame because he wanted to speak with me about how I intended to import the products into China. I was like: no problem. I would send you some documents, that’s not an issue. My guy in China has this into consideration. He was a bit skeptical but my friend sent the employee and he got me the report. It allowed me to breath a little bit as everything seemed legit. .

I found someone to lend me the 20k to set up the company. I issued the contract. I sent the invoice for the Chinese customer to prepare and off we went. The money arrived in my bank account. It was at this moment that everything turned to shit.

We organized the shipment. We made a list of all the documents required to import the goods to China. Next, we sent this list to the Thai supplier and that is when he told me that the deal was off. This is why he wanted to talk to me since he did not have the AQSIQ certification.

What the hell is that? It turned out that it’s a certification that is required for all the recycling facilities to export plastic to China. It’s expensive and quite difficult to get. If I had visited the Thai supplier, we would have spoken about the AQSIQ for sure. Maybe we would have found a solution, for example paying another facility in Thailand to do tolling agreements.

Finally, we got into a bit of a fight with Bruce because his client said that he could import the goods without the AQSIQ certification but I did not want to.

I called it off and returned the money to China. I’m pretty sure that Bruce just took the money and didn’t inform the client. That’s another story.

If you want more content about the commodities’ world, take a look at my Youtube channel: youtube.com/damienwursten