Book Review : Depression, Oil Trading & A Mind At War With Itself 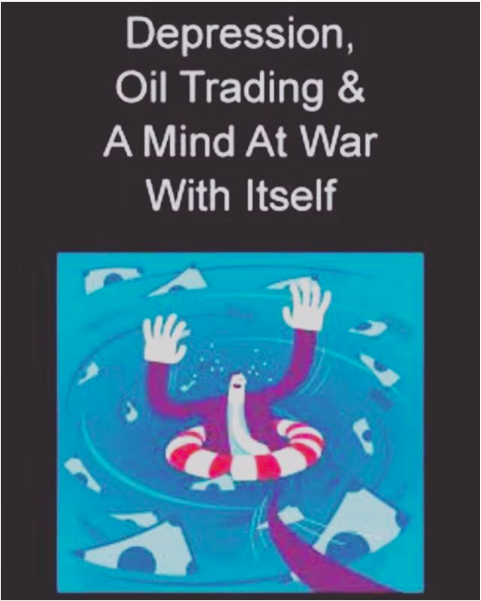 Hello, Hello, today we review a ebook ! I red it on my kindle no pictures📸📷 for this one ! Sorry. 🙇‍♂️
.
In “Depression, Oil Trading & A Mind At War With Itself” we follow the true story of Jonathan Ford fighting through depression, marriage💒, anxiety and bankruptcy 💸to name only few of his own challenges. His autobiography would have had of no interest to me EXCEPT he appeared to be at the center of the 🛢oil trading industry during the 90’s boom. Therefore it makes him a quite unique storyteller…! .
The author states that everything is true in the book. Vitol, the largest independent trader (one of his former employer) basically responded that due to his mental illness 🤕we cannot take his say too seriously. Indeed, the guy is completely f%&ç&up. But I would give him the benefice of the doubt, as his story kind of matches with other late night confessions.
.
I found extremely interesting all the part related to his job and what was going in the trading firm during those craziest years👻 ! It’s really well-written and you can feel the energy and aggressivity required to perform in this environment. The illegal stuff was also fun to read, but nothing new under the sun☀️.I really liked how he talks about the traders form BP. They don’t know how to make money and basically just transfer money from BP production to BP trading. I feel like it’s still the case in a lot of companies where producers set up a trading arm…!
.
The part about trading was fun and interesting for sure BUT the other big chunk of the book about him fighting his own 👿demon. I couldn’t care less. It was odd, but Jonathan Ford had everything we could dream of and he managed to self sabotage himself. I don’t know why, but I felt no empathy for the guy.🤷🏻‍♂️
.
To sum up, I would not recommend this book unless you are interested in the 90’s event.
.
My grade 3/6 🙍🏼‍♂️🙍🏾‍♀️🙎🏻‍♂️

P.S. If you want to buy the book or read different reviews, click on the link below to land on amazon

Click to read more reviews or buy the book on amazon